The Ohio Department of Transportation dedicates about $158 million annually for engineering improvements at high-crash and severe crash locations – one of the largest state investments in the nation. This funding is available to ODOT staff and local governments, and it can be used to make improvements on any public roadway.

ODOT funds a mix of spot safety projects, such as intersection improvements, and systemic safety treatments, such as center and edge line rumble stripes and cable barrier, which can be installed across many miles for less cost. 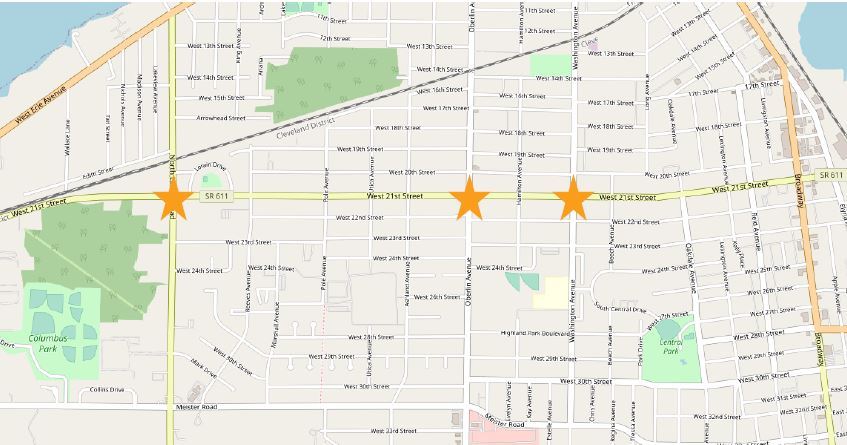 The multi-agency team has identified locations of high demand and need where pedestrian safety improvements are recommended. The locations identified are within the City of Lorain in Lorain County, and the cities of Cleveland, Euclid and Fairview Park in Cuyahoga County. Each jurisdiction has shared their support for the proposed pedestrian improvements within their city. The proposed project is meant to improve the overall safety of pedestrians by increasing the visibility of pedestrians, shortening crossing lengths, slowing down vehicles approaching a crossing, and reducing the frequency and severity of pedestrian crashes.

To be added soon.